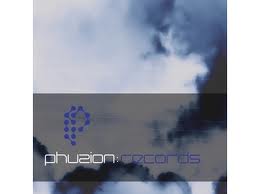 I am very pleased to announce that I have signed some more music toDJ Nookie’s Phuzion label.

I am releasing an EP of my music on Phuzion Digital, which will also include a DJ Nookie remix of one of my tracks, ‘The Jrag’ involving some live musicians from his Urban Deep project.  The other tracks on the EP (as well as ‘The Jrag’) will be ‘Life Goes On’ and ‘The Whip’.

Two tracks will also feature on Nookie’s forthcoming Atmosphere Chapter Three Mix series, as well being available to download individually.  Those pieces will be ‘Visions Of Music’ and ‘A Beautiful Time’.

Finally, one of my tracks, ‘Just a Piece of Music’ will be released on a various artist EP on Phuzion Digital.  Check this page for forthcoming release dates.

Jrumhand – Just a Piece of Music

My first collaboration with Greek based producer, MSDOS ‘Calypso (Don’t Ever Try)’ has been signed to Have-A-Break Recordings.  This track will be released on CD format as part of a compilation of ten tracks.  Again, check this site for release date information.

I’m also in talks about doing deals with various labels for more of my music, details of which I will put on here in the next few weeks.